Keeping track of your finances is a difficult chore. You have to do that if you want to survive in this world. Some people find it excruciatingly uncomfortable, which is why they avoid it. However, for those aware of it, the risk/reward relationship justifies the time investment. 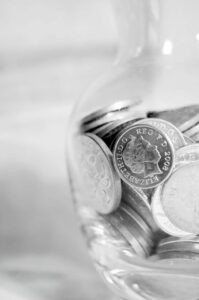 For better or for worse, money is what makes the world go round. The good news is that it’s as simple as exercising control over the resources you already own!

Make sure you’re in charge of your financial position by following these steps. Using these budgeting tactics will help you keep track of your costs and revenue.

To begin, make sure you’re paying your monthly bills on time and in full. Please do not put off paying them until it is too late. The second item you should check is the number of credit cards you have. To get by, you only need a few different types of credit cards. You might think about chopping the rest of them up as well. If your bills have gone out of control, the third thing you should do is combine them into a single loan. You will be able to pay them off over time without being hit with exorbitant interest rates if you do this instead. 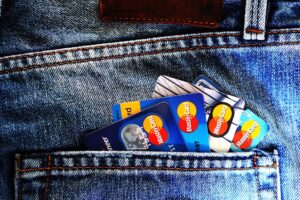 Last but not least, make a spending plan for yourself. Creating a budget does not appear to be an easy task, so most people do not do it. People are in financial trouble because they don’t have a budget. 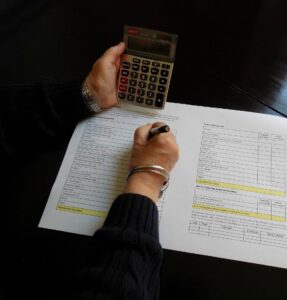 Drawing a line down the middle of a piece of paper is the most straightforward approach to create a budget. Make a note of your household’s net after-tax income on the left side of the chart. You want to look at available income; therefore, jot down the after-tax amount. After all, you won’t be able to spend any of the money you have left over after taxes.

List the average monthly bill in the right column. However, it would be best to consider your standard spending patterns, such as going out to eat or making impulse purchases. Paying down your credit card should be included on your to-do list.

Find ways to raise revenue or decrease costs now that you have a breakdown of your income and expenses. Most of the time, you’ll be able to combine the two.

Even though it appears to be so simple, very few people do it. Nevertheless, successful people are typically distinguished from the rest by their ability to set and adhere to a budget. What’s holding you back from going forward and doing it right this second?

We use cookies on our website to give you the most relevant experience by remembering your preferences and repeat visits. By clicking “Accept All”, you consent to the use of ALL the cookies. However, you may visit "Cookie Settings" to provide a controlled consent.
Cookie SettingsAccept All
Manage consent

This website uses cookies to improve your experience while you navigate through the website. Out of these, the cookies that are categorized as necessary are stored on your browser as they are essential for the working of basic functionalities of the website. We also use third-party cookies that help us analyze and understand how you use this website. These cookies will be stored in your browser only with your consent. You also have the option to opt-out of these cookies. But opting out of some of these cookies may affect your browsing experience.
Necessary Always Enabled
Necessary cookies are absolutely essential for the website to function properly. This category only includes cookies that ensures basic functionalities and security features of the website. These cookies do not store any personal information.
Non-necessary
Any cookies that may not be particularly necessary for the website to function and is used specifically to collect user personal data via analytics, ads, other embedded contents are termed as non-necessary cookies. It is mandatory to procure user consent prior to running these cookies on your website.
SAVE & ACCEPT